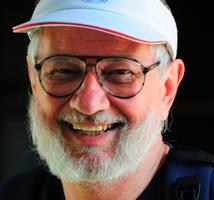 A native of Wisconsin and life-long Packer fan, Bob has

been known to wear a cheese head on occasion while

spending his career in both the corporate and

presentation skills, having led workshops and seminars worldwide. He has also served in positions of leadership for several professional organizations. With a bachelor degree from Ball State followed later by master and doctoral studies at the University of Tennessee, all in the fields of education and leadership, he has worked in teaching and administration at several universities in the U.S. plus taught or lectured on four continents in addition to once directing the recruiting efforts for a Fortune 100 company in America. He has spent approximately half his career in human resources and half in education with proven ability to adapt to and communicate effectively across a variety of cultures, giving over 300 presentations worldwide.

Following his first "retirement," he traveled to Wuhan, China, and for five years served as English Program Coordinator for the Department of Postgraduate Affairs at Wuhan Textile University, where he revolutionized the English curriculum for students seeking master degrees. His first book, "A Comprehensive Postgraduate English Curriculum," now serves as an important university textbook in China. Since his second "retirement" to Las Vegas, he has published "China: In My Eyes," the tale of his five plus years living in Wuhan and traveling throughout China. It has also recently been published in Chinese. He is now working on ideas for his next book.

Robert now spends his time writing, traveling, part-time teaching and serving as consultant for various educational organizations both domestic and international with a special interest in China. He also continues to work on a variety of creative personal projects. Finally, he is also a published poet, songwriter, photographer and board game developer plus plays a mean game of both ping pong and mahjong!